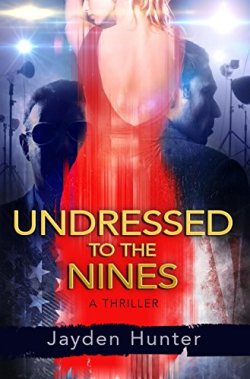 Brad Novak had spent the past two years trying to uncover the real reason for the research going on at Genaplat. Genaplat Technology Labs does microbiological research, Brad thought it was more likely they were weaponizing biological agents. Unfortunately for him, digging into the wrong story got him killed. Congressman Boyd starts to notice a few stories making their way into the papers. He needs to know how much the press thinks they know about the work done being done at Genaplat. After having Novak dealt with he hoped the lid was back in place. If anyone found out he was funneling money into illegal bioweapons research it would be the end of his career. Boyd calls on his most trusted man to retrieve all the info on a thumb drive from the reporter.

This is the start of what I thought would have been a pretty solid thriller but I it left me unsatisfied. The characters have many awkward interactions, the dialog at times is very disjointed and there is little chemistry between the characters. The main character, Drew, has a short sexual relationship with Brad. Ok, fine, no problem he is a powerful guy, I get it, but when she decides to expose his secrets without a second thought it didn’t sit right. The congressman and her father are close friends and this fact is thrown to the side. Jayden Hunter states several times that Drew is a smart character and she wants to go to college for a hard science, ie. Engineering. But her actions and thought processes make her out to be far from that smart. The chapters that cover the possible political fallout are pretty well done. The presentation of a typical dirty government congressman and cohorts is believable and the research project is well concieved. The actions of Drew and her friend Marc are uncomfortable and at times hard to understand. For a debut novel it is a respectable effort but didn’t have me wanting to turn the page to find out what happened next.

A missing reporter believes that a congressman is involved in illegal military research.

A fundraiser for a conservative politician leads to a late night encounter with the daughter of a major donor.

Drew Stirling finds herself caught in an intrigue that pushes her to test the limits of her own character as she must decide who to trust, who to run from, and whether or not to break through her own self-imposed boundaries in the world of centerfolds, friendship, love, and sex.