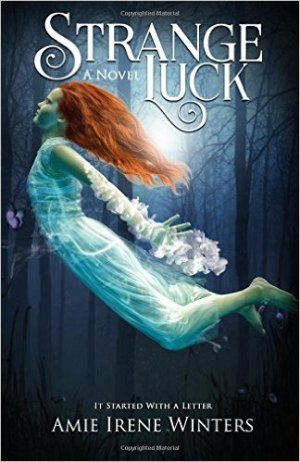 Daisy Darling works at her father’s shop Strange Luck, which she now owns. The shop deals in strange and magical items and this is her life after her mother left when she was just six years old. Daisy doesn’t remembers many details about her mother but knows she has to try and find her. When a strange women shows up with a book about the Theater of Secrets she remembers the final words her mother spoke before disappearing from her life. In exchange for the book all Daisy needs to do is find proof of the existence of this theater. I thought Daisy was on a quest for proof of this magical and mysterious place but her journey was a bit more involved.  Her connection with the theater of secrets was more than I first thought. There were plenty of dark and strange characters that I really like and despised. I loved the premise and start to The Nightmare Birds, it had all the makings of a great adventure. But her journey to find the magical place called The Theater of Shadows was hard for me to follow. Events seemed to happen at random leaving Daisy in odd predicaments. The man behind The Theater of Shadows, Mr. Black was an interesting character, and no doubt my favorite. He always kept me guessing as to what his motivation was and how Daisy was involved.

Blurb: A mysterious letter. An idyllic world. And a peculiar collection of antiques. It all waits to be discovered in Strange Luck, an imaginative novel that mixes fantasy and mystery for a thrilling reading experience.Hopeful that her father can be saved from a chronic condition, seventeen-year-old Daisy sets out to find a cure, but accidentally lands in a wicked world called The Nameless. As Daisy explores the moaning caverns and encounters people who refuse to go above ground, it becomes clear that the world’s inhabitants are more than just strange. They may be keeping a dark secret. They may have been lured and trapped here for a reason. And somehow–impossible as it may seem–they may still have a chance to regain what has been taken from them.

A daring adventure complimented with vivid imagery, Strange Luck will delight adults, teens, and anyone who can’t resist an imaginative escapade. 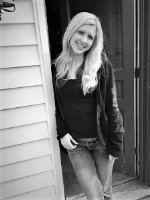 As an environmental conservationist, Amie has had a lot of unique experiences – from participating in archaeological digs, camping solo in the Rocky Mountains, to designing natural history museum exhibits – but writing fiction has always been her passion. She’s the author of the Strange Luck series.

Amie is a California native, but currently lives in a small western Pennsylvania town. She loves hiking, traveling, and spontaneous adventures. You can learn more about her hobbies and other things that she’s into at amieirenewinters.com.

Connect with  Amie Irene Winters at the following links