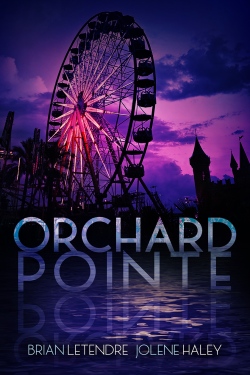 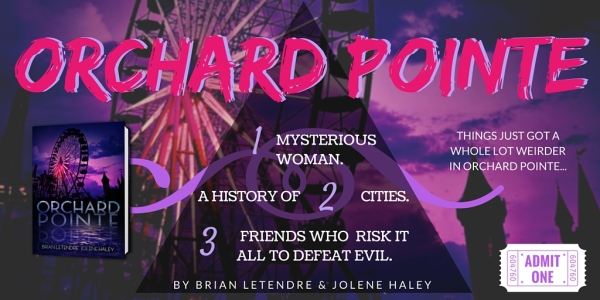 Every town has its secrets. This town is made of them.

It’s been ten years since Hudson James stepped foot in the small beach town of Orchard Pointe. His parents are battling through a nasty divorce and he’s forced to spend the summer in Maine with extended family. But Hudson makes the most of it. He finds kindred spirits in his cousin Marley and her oddball friend Kit, and lands a security job at the amusement park he loved as a kid.

Oceanside Amusement Park was once the centerpiece of the beachfront tourist experience. But with attendance down and the park in need of an update, Orchard Pointe’s tricentennial celebration might be the last chance to turn things around. The town brings in a performance group all the way from their sister city of Monrive, France—Madame Chambers’ Coterie of Curiosities. From sideshow to burlesque acts, Madame Chambers and her eccentric group of performers mesmerize locals and tourists alike from the moment they arrive.

When a girl disappears from the park during Hudson’s very first shift, he feels responsible. When she turns up dead, Hudson can’t forgive himself. He vows to discover the truth about what happened and the more he digs, the more he’s certain that Madame Chambers and her Coterie aren’t what they seem.

Can Hudson stop the wave of darkness that has crashed down on Orchard Pointe, or will the undertow of secrets claim another victim? 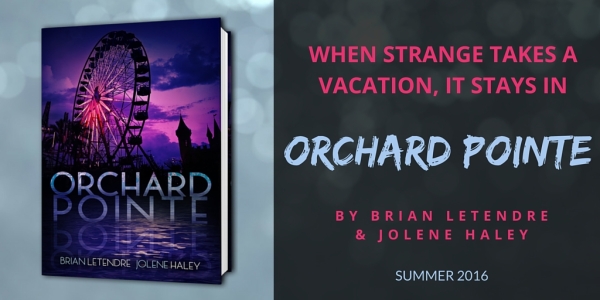 Brian LeTendre is the writer of the Parted Veil horror series, which includes Courting the King in Yellow, Lovecraft’s Curse, and Lovecraft’s Pupil.

A gaming, comics and horror lover, Brian has co-hosted and produced a podcast about geek culture called Secret Identity since 2006, producing well over 1700 hours of programming. He also hosts and produces podcasts about writing (See Brian Write), music (Thrash It Out) and gaming (Co-Op Critics).

Brian lives and works in Massachusetts. 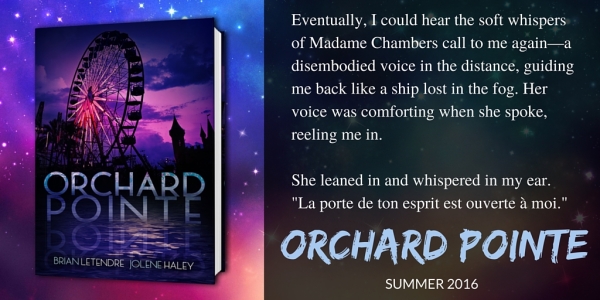 Jolene Haley is the author of the Woodsview Murders series, Harrowed and Haunted. She’s also the curator of the best-selling horror anthologies The Dark Carnival, Halloween Night: Trick or Treat, and the upcoming first of its kind, a YA pizzathology titled A Pizza My Heart.

She runs a YA horror blog The Midnight Society, self-love blog and magazine Shine Bright Gang, and Hocus Pocus & Co., a small horror press. She writes every genre under the sun, but prefers horror.

When she’s not writing she can be found cuddling her two dogs and enjoying the beach, where she lives.