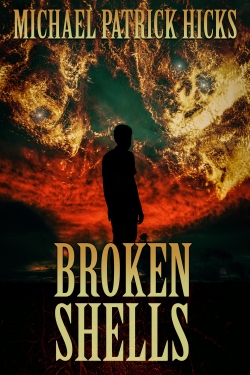 What would you do if you received a flyer that said, “you’ve won $5,000”? For a down and out man named Antoine who is scraping by, he hopes against hope it’s legit. Antoine just lost his job and his life has taken a dump on him. He has a wife and child and is a statistic living on the wrong side of town. Hicks does a good job of giving us a clear picture of the who, where and what when it comes to the protagonist, Antoine. For good or bad I can typically tell what the authors political or social feelings are in his stories. In this case it works well and gives the story an extra flavor and atmosphere. I could feel the discomfort that Antoine felt in several situations. I really liked this character and was rooting for him all the way.

Where the story went next, after confirming his flyer was legit, left me a little lost. It was down right scary and all but I didn’t get it right away. What I did get was that sometimes something so horrific must happen to open your eyes. Sometimes life isn’t as bad as you think and this was the lesson Antoine learned. His life flashed before his eyes several times as he battled to escape the hell he found himself in at the dealership. The story was the gore filled thrill ride I expect from a Michael Patrick Hicks book as Antoine fought for his life. The ending was well done and I liked how a recent social outrage was weaved into the story.

Antoine DeWitt is a man down on his luck. Broke and recently fired, he knows the winning Money Carlo ticket that has landed in his mailbox from a car dealership is nothing more than a scam. The promise of five thousand dollars, though, is too tantalizing to ignore.

Jon Dangle is a keeper of secrets, many of which are buried deep beneath his dealership. He works hard to keep them hidden, but occasionally sacrifices are required, sacrifices who are penniless, desperate, and who will not be missed. Sacrifices exactly like DeWitt.

When Antoine steps foot on Dangle’s car lot, it is with the hope of easy money. Instead, he finds himself trapped in a deep, dark hole, buried alive. If he is going to survive the nightmare ahead of him, if he has any chance of seeing his wife and child again, Antoine will have to do more than merely hope. He will have to fight his way back to the surface, and pray that Jon Dangle’s secrets do not kill him first. 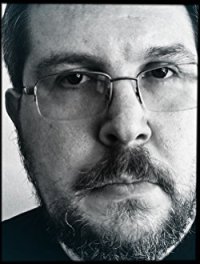 Michael Patrick Hicks, biography
MICHAEL PATRICK HICKS is the author of a number of speculative fiction titles. His debut novel, Convergence, was an Amazon Breakthrough Novel Award 2013 Quarter-Finalist. His most recent work is the horror novel, Mass Hysteria.

He has written for the Audiobook Reviewer and Graphic Novel Reporter websites, in addition to working as a freelance journalist and news photographer.

In between compulsively buying books and adding titles that he does not have time for to his Netflix queue, he is hard at work on his next story.

To stay up to date on his latest releases, join his newsletter, http://bit.ly/1H8slIg