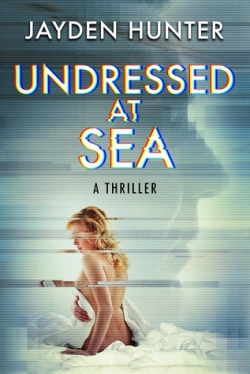 In Undressed at Sea Drew has left her dysfunctional family behind. She now lives in California to pursue an education. She’s finally starting a new chapter in her life. She wants to earn a degree in bioengineering after leaving her modeling career behind. On her first day of class she meets her professor and within minutes has sex on her mind. Shortly afterward she’s sleeping with him, not a surprise. Drew’s poor choices in the relationship department hasn’t improved. She hasn’t learned from her past mistakes and it nearly costs gets her killed.

For the following reasons Drew is a character I didn’t like. She complains about her relationships and does little to improve them. She jumps from one guy to the next, each time saying she isn’t going to get involved with a married man, but does so anyway. She acts like a seventeen year old instead of a thirty year old. She’s also walking contradiction who can’t get out of her own way. I had hoped she would have grown in some small way from the first book. Unfortunately this didn’t happen. Undressed at Sea is supposed to be a thriller, but he thriller aspects were missing for me. I didn’t feel the tension or build up I was looking for. Instead the focus was violence towards women, countless sexual encounters, abuse and rape.

The positive was Chip, who was most well written character. Chip is seeing his therapist to work through his sexual issues. They are result of his dysfunctional upbringing from an abusive father. This was a well thought out and well written character. You can easily believe his life and understand how he ends up being a monster. This kind of character isn’t new but it fits the story well. The mystery was good and author has also gained ground on his character interactions. But there were excessive explanations instead of letting the story unfold. This really slowed down the momentum to a crawl. Overall Undressed at Sea was a mixed bag and a book I can’t recommend.

A year has passed since Drew Stirling escaped a professional killer.

Her career as a supermodel behind her, Drew seeks to avoid unwanted attention as classes begin, but a pair of coeds who look as if they could be Drew’s little sisters have disappeared.

A professor is seduced by Drew’s charisma.
An FBI agent catches her eye.
And Drew’s notoriety plunges her into the media spot light, intrigue, and danger.

This suspenseful psychological thriller delves into the psyche of the hunted and the hunter; exposing readers to inner darkness and the determination to survive.