By: Thomas S. Flowers, author of the Subdue Series
Conceiving, Book Three, is Out Now!

In the glamor of watching a Steven Spielberg film, it is easy to understand how caught up we can get in the chaotic wonder of colorful kaleidoscopic strobes blinking over and over and superb John Williams magnum opus scores. But I have to wonder, while we were in that childlike stupor, did we see what was really going on? The visuals dazzled us, no doubt there, but is there a subversive message behind all the pizazz? Okay. I’m not really sure how subversive we’re talking here. Certainly, there is something to be said. Something to meditate over. And maybe even some revelation, some hidden fear to cause us to cower. Since watching Close Encounters of the Third Kind, I’ve kept a somewhat precarious eye on the night’s sky, glaring into the dark depths of the cosmos and wondering who or what is out there. And not only who or what, but what capabilities do they have? What technological power do these “beings” possess? Mind control? Abduction? Electromagnetism? Blackouts? Radiation burns? Sickness? Madness? All these are terrifying symptoms, no? If you’ve paid attention you’ll find the terrifying powers listed above are all in that Spielberg film we’ve loved and adored since 1977. And this is why I think Close Encounters of the Third Kind is the most terrifying surreptitious movie ever made. While we were dazzled and awed, strange elongated aliens were abducting children in a blaze of orange fog. While we giggled and cooed over the keyboard synthesizers and light show, a husband and father of three aggressively and tragically lost his mind, eventually being taken away by these so-called visitors. If we sit back down and watch this movie again, carefully, point for point…well, I’m sure you’ll agree: Close Encounters of the Third Kind IS a cosmic horror movie. Why? Well, this goes back to that ole Lovecraftian fear, not knowing “what’s out there” or “why they’ve come,” and having zero control over “what they do.” 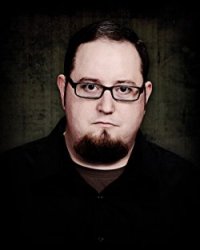 Since the movie’s release in 1977, Close Encounters of the Third Kind has grossed over $337 million worldwide.  Ray Bradbury declared it the greatest science fiction film ever made. The film was nominated for several Oscars; having only taken home one in cinematography. Had Star Wars not released the same year, I’m certain Close Encounters would have won all the eggs. No surprise there, if you’ve seen the movie then you know there is no denying the film’s powerful dream-like quality. There’s nothing uber complicated with the plot or story structure. It’s actually rather cut and dry, in which some may say is a tad slow for our rapid-fire attention spans. I too recall watching this when I was a kid on VHS and thinking it had its fair share of boring scenes; however, as an adult now, I think the movie has a fantastic pace in which every moment is important in some way. I think a part of why we never watched Close Encounters of the Third Kind with the idea that it is a horror movie is because of the simplicity of the story, we glaze over and…Again, cue the musical numbers and flashy bulbs. Look at the film, watch the movie, even those on screen, especially at the end, the characters are all moon pied as if they’ve surrendered to some kind of trance or hypnosis. AGAIN…isn’t that in itself a terrifying factor? Losing our will.

And we have to ask, what exactly do these aliens really want? If they’ve been abducting people for generations, what do they want with the one man crazy enough to have made it to Devils Tower? If they’ve been taking people all willy-nilly since before WWII, or even longer, well…it goes to say they probably already have a clear understanding of human anatomy. And if they can insert images and thoughts into our minds, well… this begs the question, how much more of us do they really need to know? To me, it all seems like a subjective test. A greater intelligence than our own giving humanity the equivalent of a SAT exam. Consider this bit from an article published by Keith Phipps:

“When Roy Neary (Richard Dreyfuss), a humble lineman for an Indiana electric company, investigates a power outage, he witnesses an unidentified flying object, a run-in that leaves him with what appears to be a severe sunburn. Nearby, 3-year-old Barry Guiler (Cary Guffey), follows some lights outside as his mother Jillian (Melinda Dillon) chases after him. Both Roy and Jillian, who soon meet, are fascinated by their experiences, but this feeling soon takes a turn. Having strayed from his duties as a result of his sighting, Roy first loses his job then seems to lose his mind as he becomes fixated on alien encounters while his family looks on in horror. Jillian’s life turns even more dramatic than Roy’s when the UFOs return and draw Barry to them as Jillian fights their efforts to avail, in a scene Spielberg stages like an otherworldly home invasion, with Barry’s unwitting delight only amplifying the horror. Something from beyond Earth has arrived, but its intentions remain vague, as does its respect for human life.”

And at the end, we get the impression of open communication with the whole sign-language gag. But I wonder…how open is that communication really? Roy Neary was still taken. He was obviously still insane, giving no thought or hesitation of leaving behind his wife, two sons, and daughter. My impression is that these intelligent aliens are still rather indifferent about humanity. And indifference can be dangerous. I question the “friendliness” of the final encounter, the film to me reeks of its post-Watergate-pessimistic era of misguided trust. Sure, they are taking Roy Neary to some place that might be benevolent and beautiful, but how do we know, and to make matter worse, we’re never guaranteed his return. Will they bring him back as they did the countless others? (Did you see the billboard with all those names and pictures of people they believe had been abducted? Freaking insane number, right?) The final act is the answer to the entire mundane meets the spectacular and secretive undertone of the movie, we don’t know, we don’t know if Roy Neary will return, we don’t know what they’ll do with him, and we have absolutely no power to stop them from taking him. For all we know those seemingly kind disco-friendly aliens dissected him, leaving his amputated parts floating in murky glass jars as they cruse the solar systems jamming to KC and the Sunshine Band. And this begs the most horrifying question of all, as the credits roll and the spaceships float away, would we ourselves want to take a ride with these cosmic visitors? Could we stop them even if we didn’t?

2 thoughts on “Close Encounters of the Third Kind is the Most Terrifying Movie Ever Made by Thomas S. Flowers”