Peter is desperate for money and unsure of what his friend Dervish has up his sleeve this time.  But throwing caution to the wind decides to meet him anyway.  Their latest money scheme takes him to a small and desolate island off the coast of Scotland.  Dervish always has a trick or two up his sleeve and this time it’s more than Peter can believe.  Instead of the usual treasure or rare artifact from some hidden hole Dervish is convinced that Faeries exist.  Peter thinks Dervish has finally completely lost it and faeries all in his friends mind.  But Dervish is convinced and sends his son to scout a remote beach where he believes these fairies can be found, how he reached this conclusion Peter has no idea.  But true to his money greedy friend’s latest scheme Dervish isn’t as crazy as he thought.  Jason had me believing in this faery tale as Peter, Dervish and a local Professor make their way to the secluded beach.  The scene is painted with such clarity that I thought I had been transported to the wasteland of an island myself.  The stories told to children have suddenly become true but without a happy smiling miniature version of a person.

At the beach we discover that faeries are real and feel a bit off as the faeries reveal their true nature.  Peter can’t believe what he sees, actual real life faeries, at least it appears so.  Dervish, in is unequivocal greedy way has to have one believing this to be a treasure beyond measure.  Unfortunately for Dervish he doesn’t realize the horror waiting him.  I didn’t see what was about to happen as the faeries became something hideous and downright scary.  I found Unseemly to be fast paced and completely enjoyable read with great tension.

Peter thought he was done with grave robbing, but when a former business partner lures him out to Dungarradh, a small Scottish island with a big secret, he finds himself waist deep in more than local folklore. Is the disappearance of his teammate truly the work of the legendary fae, or is a sinister force at play?

A brand-new tale of dark fantasy and horror, from the bestselling author of WHAT HIDES WITHIN and SEEING EVIL. 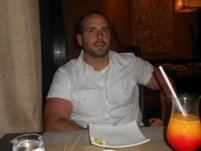 In his head, Jason Parent lives in many places, but in the real world, he calls New England his home. The region offers an abundance of settings for his writing and many wonderful places in which to write them. He currently resides in Southeastern Massachusetts with his cuddly corgi named Calypso.

In a prior life, Jason spent most of his time in front of a judge . . . as a civil litigator. When he finally tired of Latin phrases no one knew how to pronounce and explaining to people that real lawsuits are not started, tried and finalized within the 60-minute timeframe they see on TV (it’s harassing the witness; no one throws vicious woodland creatures at them), he traded in his cheap suits for flip flops and designer stubble. The flops got repossessed the next day, and he’s back in the legal field . . . sorta. But that’s another story.

When he’s not working, Jason likes to kayak, catch a movie, travel any place that will let him enter, and play just about any sport (except that ball tied to the pole thing where you basically just whack the ball until it twists in a knot or takes somebody’s head off – he misses the appeal). And read and write, of course. He does that too sometimes.

Please visit the author on Facebook at https://www.facebook.com/AuthorJasonParent?ref=hl, on Twitter at https://twitter.com/AuthorJasParent, or at his website, http://authorjasonparent.com/, for information regarding upcoming events or releases, or if you have any questions or comments for him.