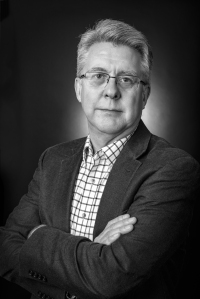 How did writers become writers?

First, they were readers.

Hemingway, Steinbeck, Asimov, Bradbury, Vonnegut—the list goes on. They were all readers before they were writers. Each lost himself in a world imagined by another, a different time or a different place (or both) where they met people or creatures fantastic or tragic (or both). Like a match brought to the wick of a candle, stories ignited something inside these writers, something that inspired them to create their own worlds, and their own creatures, and their own peoples, all of whom they loved dearly.

I’m no different. I read voraciously beginning as a teenager. I lost myself in the worlds of hobbits and wizards, vampires and demons. They touched my heart, as well as terrified me.

Many ultimately had an impact on me as a writer, but today I’d like to share with you the top five.

Sitting at the number one spot, The Lord of the Rings by J.R.R. Tolkien. What could I possibly say about this masterpiece that hasn’t already been said? The world of Middle Earth enchanted millions of readers, with its fable about hobbits and elves and wizards and the great Men of Númenor. I remember crying at the end, when Frodo sailed away with Gandalf. It was the first time I’d wept for any character in a story. None of these wonderful people had ever existed, yet their passing left a mark on me that still lingers. I remember thinking, way back in the annals of my past, that I would love to create something like LOTR someday. It was the first time I’d thought about becoming a writer. Too bad it took almost forty years for me to start.

Close behind Lord of the Rings is Imajica, by Clive Barker. Barker’s genius cannot be overstated, and Imajica is, for me, the pinnacle of his work to date. A lengthy fantasy of interdimensional travel and the eternal cost of love, Barker’s writing reaches levels that can cause nosebleeds. His prose borders on poetry; beautiful, yet at the same time, horrifying. I’ve read Imajica twice (it’s a newer book), and I’m getting ready to read it a third time. It’s that good.

Another influential book for me was Salem’s Lot, Stephen King’s attempt at the Great American Novel, and a contemporary answer to Bram Stoker’s Dracula. This book was my first exposure to King’s work, which may be the reason it’s had a lasting effect on me. Bold, heart-wrenching, and terrifying, Salem’s Lot taught me how evil can happen anywhere, even in a small town in New England. My first novel, Forever Man, was heavily influenced by Salem’s Lot.

Next comes The Exorcist, by William Peter Blatty. Yes, that little story about a girl and her Ouija board. This book scared me so badly I didn’t sleep for two nights, and when I could finally fall asleep, I had to leave the bedroom light on. Like every book on this list, the story left such a strong impact on me that I wanted to be able to do the same. But unlike Lord of the Rings, where I wanted a reader to care so much about a character he would weep, The Exorcist left me with the desire to frighten somebody so severely that sleep became difficult if not impossible. And to this day, I will not allow Ouija boards in my house. Ever.

After reading The Exorcist, I became interested in demons and possession, so it’s no surprise that the final book on my list is The Demonologist: The Extraordinary Career of Ed and Lorraine Warren, by Gerald Brittle. A reputedly true account of the cases investigated by the Warrens, this book recounted tales of possession over a twenty-one-year period. Real or not (which is hotly debated), the book is nevertheless a chilling account of tortured souls and eternal damnation. One particularly frightening incident is that of a demonically possessed Raggedy Ann doll named Anabelle. This story was addressed in the movie The Conjuring, and was more fully (though inaccurately) developed in Anabelle. The story affected me so profoundly that I gave a nod to it in my latest novel, The Conveyance. 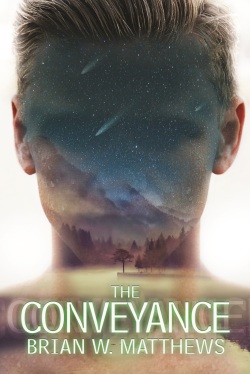 Beneath the calm waters and pastoral fields of Emersville, a deadly secret lurks. But when psychologist Dr. Brad Jordan stumbles upon the odd happenings in the town, he sets off a series of tragedies that threatens to expose a danger long kept hidden from the world. Relentlessly following a trail of madness, suicide, and murder, he soon finds himself confronted with a massive conspiracy, and a sinister device known as the Conveyance. Matthews, who holds a graduate degree in psychology, draws on his vast experience as a therapist to weave a tale of abuse, betrayal, hope, and terror. The Conveyance is his third book.