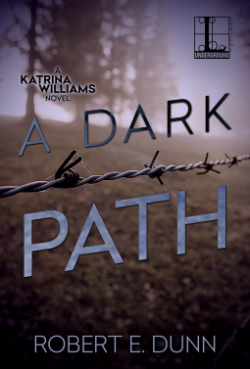 Genre: Crime Thriller
Length: 198 Pages
Publisher: Lyrical Underground
Release date: August 7, 2018
Synopsis: What at first appears to be a brush fire in some undeveloped bottom land yields the charred remains of a young African-American man. As sheriff’s Katrina Williams conducts her inspection of the crime scene, she discovers broken headstones and disturbed open graves in a forgotten cemetery.

As Katrina attempts to sort out a complex backwoods criminal network involving the Aryan Brotherhood, meth dealers, and the Ozarks Nightriders motorcycle gang, she is confronted by the sudden appearance of a person out of her own past who may be involved. And what seems like a clear-cut case of racially motivated murder is further complicated by rumors of hidden silver and dark family histories. To uncover the ugly truth, Katrina will need to dig up past crimes and shameful secrets that certain people would kill to keep buried . . .

Katrina Williams is on my list of all-time favorite characters. Each time I return to another book in the series, it’s nothing short of pure enjoyment. Robert E. Dunn has this character on lockdown, as well as writing thrillers. In my opinion, they are his strongest suit and I hope he doesn’t stop writing them anytime soon. Picking up A Dark Path was a pleasure, and I loved returning to Katrina’s stomping ground in Taney county.

Robert E. Dunn skillfully crafts and plans the mysteries Katrina finds herself knee deep in. This is the third book in the series and each book builds additional layers to Katrina’s story arc. She is without a doubt one of the strongest female character I’ve come across. As main characters go, she is complex, tough, and filled with flaws, making her real, three dimensional, and giving the reader a character you will love to root for. I don’t know how Robert E. Dunn can capture a female character so well, but he does it with perceived ease. I’ve seen it attempted many times and it’s not always well done.

In A Dark Path, Katrina is seriously in the weeds as she investigates the murder of a young black man. It’s a timely and bold topic that is well written. Robert takes no prisoners as he tackles a subject that is often avoided, White power and racism. The murder mystery Katrina works to uncover is layer upon layer of secrets and connections to her past. Again, the title A Dark Path has a deeper meaning involving Katrina. I don’t know where her fictional world will go next, or if it will continue at all. But. if there is another book coming, it’s on I’m picking up. This book and the previous two are a must read. The mysteries are fantastic and the characters, including Katrina are great.

Link to purchase A Dark Path

Robert E. Dunn was born an Army brat and grew up in the Missouri Ozarks. He wrote his first book at age eleven turning a series of Jack Kirby comic books into a hand written novel.

Over many years in the, mostly, honest work of video and film production he produced everything from documentaries, to training films and his favorite, travelogues. He returned to writing mystery, horror, and fantasy fiction for publication after the turn of the century. It seemed like a good time for change even if the changes were not always his choice.

Mr. Dunn is the author of the horror novels, THE RED HIGHWAY, MOTORMAN, and THE HARROWING, as well as the Katrina Williams mystery/thriller series, A LIVING GRAVE, A PARTICULAR DARKNESS, and A DARK PATH.