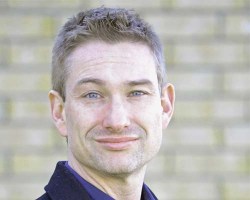 You may have heard the name Ray Kurzweil before.  If you haven’t, that’s okay – but you have probably used some kind of technology that he has created.  Kurzweil has played a critical role in developing the CCD flatbed scanner, the first text to speech synthesizer, the first music synthesizer that can recreate the sounds of a grand piano, and the first commercially marketed large-vocabulary speech recognition system.  To name only a few of his inventions.

Kurzweil has also made a number of Nostradamus-like predictions about the future of technology.  The only difference is that his are quite specific in terms of when and what will happen.  He made many of these predictions in 1999 – well before technology was entirely pervasive.  Some of these predictions include high-speed wireless band-width that will keep us constantly connected, portable computers being used more often than desktops, cars will begin driving themselves, cloud computing, and augmented reality glasses.  Again, to name only a few of his predictions.

But according to Kurzweil, what happens over the next three decades is wild.  He believes that in the 2020s, medical use of nanotechnology will take giant steps forward.  Nanobots will extend our lives, feed us directly via our bloodstream, and assist in some organ functions while making other organs entirely obsolete.  Because of the exponential growth of intelligence in nanobots, we will quickly accelerate towards the technological singularity.  It is here where we will begin to merge with machines.

During the 2030s, he predicts that we will be able to upload our minds to computers, creating the “transbiological era”.  He says that virtual reality and real reality will become indistinguishable and we can make the world look like anything we want, inside of our brains – that is to say, nanobots will be in our heads and can transform our reality, if we wish.  We will be able to interface with machines and other humans.  These machines will increase our intelligence, memory, and sensory abilities.

By the 2040s non-biological intelligence will be billions of times smarter than humans.  We will live most of our lives in virtual reality.  And by 2045, the technological singularity will be complete.  That is when humans and machines will be indistinguishable from each other.

Kurzweil believes that we don’t have to worry about being destroyed by the machines.  We will be too closely integrated with technology to even distinguish ourselves from a machine.  While that does sound very frightening, the alternative is even scarier.  There is no doubt that we would lose a war against some kind of entity that is billions of times smarter than us.

But that’s what I imagined in my novel, Interpretation.  What would our society look like if we were ruled by a superior intelligence?  In the novel, the AI that seizes control does it in such a quiet, unsuspecting way that people aren’t even aware of their presence.  If machines become that smart, then what use do they have for flesh?

No matter how you personally see the future, one thing is certain:  machines are evolving fast.  There is no way to stop this evolution.  What the future holds is quite uncertain and while Kurzweil can predict what happens up until a truly intelligent AI is developed, what happens after that cannot be well predicted.  My guess is that you should embrace the impending singularity and do everything you can to become a cyborg when the opportunity presents itself.  If you don’t, at the very least, you will not be able to keep up with the amped-up people who will be smarter and faster as a result of merging with technology.  At the very worst, you will be destroyed by the cyborg nation.  Either way, you lose.

Carl Winston awakens to find his son, Liam, screaming with fear. Trying to understand why, Carl tries to soothe him. Neighbors gather in front of Carl’s apartment to help – until they see him. The crowd cowers back, afraid of this monster.

Carl runs. His life of luxury is ripped away. Forced beyond the city limits, Carl sees a land bereft of life. Traveling in search of answers, his quest comes to a sudden halt when he collapses. As darkness shrouds him, a figure hovers from above.

Traveling along the same route, Eva Thomspon finds Carl and nurtures him back to life. Together, they continue the journey, finding out that their lives have too much in common to be a coincidence. As their affection for each other deepens, an unknown nemesis attempts to remove their only source of happiness – their love for each other.

Interpretation is a dystopian fiction that explores hope and happiness in the bleakest of conditions and what happens when it’s torn away.

Carl closed his eyes and tried to laugh at himself.  Barely a squeak left his mouth.  What was he thinking, trying to enter this godforsaken wasteland by himself with no supplies?  Still on his back, he dreamed about opening a bottle of Ocean Surge.  Wet bubbles danced against his tongue, bathing his taste buds with refreshing fruit-infusion – small bursts of happiness made his lips sing an ode to joy.

But forget that fantasy; sulfur-ridden tap water would be just as good.  Carl knew the taste would not equate, but its effect would invigorate.  Carl smiled, his eyes wide open, staring into the dimming sky, into the nothingness that surrounded him.  Gulp after glorious gulp of imaginary liquid until he couldn’t keep up, showering his face with it until a puddle formed around him.  That puddle turned into an ocean and Carl sank to the bottom, his faint breath weakening further.  The light grew dimmer.  He tried to reach up, to reach out of the depths of his hallucination, but his arms felt too heavy, as if the pressure at this depth couldn’t be overcome.

A shadow hovered over him.  Carl tried to speak to it, but words didn’t make sense.  The shadow spoke back with a meaningless, muffled slur.  Water entered Carl’s mouth, nearly choking him.  Nonetheless, the delicious wet felt so good, like ocean refreshment in every bottle.  That was the slogan, right?  Carl laughed or cried, he couldn’t tell.  For all he knew, he was dead.  The shadow grew, saying something that he couldn’t work his mind around.  Darker. Darker.  Clock, what the hell was that clock song?  Darker. The shadow drew nearer.  Or maybe it was the darkness.  It was bought on the morn of the day that he was born, And was always his treasure and pride… Ah yes, there it is.  But it stopped short – never to go again – When the old man died.  That’s the one.  Darkness.

Dylan Callens lands cleanly. That would be the headline of a newspaper built with an anagram generator. And although Dylan is a Welsh name meaning god or hero of the sea, he is not particularly fond of large bodies of water. His last name, Callens, might be Gaelic. If it is, his last name means rock. Rocks sink in the sea. Interestingly, he is neither Welsh nor Gaelic, but rather, French and German. The inherent contradictions and internal conflict in his life are obvious.