Its 1987 and a hurricane is headed straight for England and with it death and destruction for the unsuspecting citizens of Sussex.  As the storm beats down a stranger looking for cover comes knocking at the Masons door.  A fight and struggle ensue between this stranger and Sandra and George leaving two dead before the night is over.  Matthew is left hiding in the safety of the cellar but unfortunately he heard and saw his parents murder.

Now 25 years later we met Tammy a social worker who has her own dark past.  She is driving home drunk with 5 year old daughter Jessica who she has taken from her ex-boyfriend Keith.  Of course this doesn’t turn out well and Tammy has a car crash and loses custody.  Now a few years later and under constant monitoring she has is trying to get her life on track.  But Tammy has nightmares of that night and has returned to her old ways of ‘cutting’ to deal with pain.  And after losing another client to old age she is given a new person, a client with anti-psychotic medication needs.  Tammy’s new client is Matthew Mason who now is back living in his parent’s home after having been released from the mental hospital.

Both Tammy and Matthew are damaged in their own way.  Simon Law takes his time describing their broken and tormented history.  Each trying to move forward with the anchor of their past weighing them down.  Tammy with her constant nightmares from her past and Matthew with his.  They both struggle while relying on daily medications to keep the anxiety and panic attacks in check.  Tammy takes medicine to sleep and keep the nightmares away, Matthew his anxiety and anti-psychotic medication.  Matthew has endured years of abuse from his aunt Julie and many more in the institution before he is finally released.  The character development is well done and both characters spiral down as the story developes.

The initial relationship between Matthew and Tammy brings hope and encouragement but is short lived for Matthew.  I really enjoyed seeing his life taking a positive turn.  Almost as soon as his life seemed to be making a positive turn Matthew sabotages himself.  He dislikes the way he feels on his medication and abandons them.  With careful and precise work Simon turns the tables on Matthew.  He slowly becomes more disturbed and moves beyond damaged.  Simon Law shows us the dark character that did belong in the mental hospital.  Matthew has descended to a dark and frightening state in a matter of days because he no longer takes his medication.  Along with the lack of his positive influence from Tammy he is now more damaged than we first thought.  As the story progresses it has long passages of internal dialog with Matthew talking to himself.  I found that the conversation showed his level of damage but it slowed the story significantly.  I thought the delivery of Matthews medication to be a misstep but it was a necessary step for the decline of Matthews state of mind.  The story took some strange turns that felt out of place while Matthew searched for his parents killer.  The story started off strong but crawled near the middle and the end losing much of my interest.

The storm of ’87 had been the greatest, most ferocious storm to have hit Britain in centuries. The suffering that ensued was plentiful, but none more so than that of little Matthew Mason, whose parents were brutally murdered in the midst of the storm by a homeless man desperate to find shelter.

After 25 years of torment, Matthew is released from a mental institute under the watchful eye and care of Tammy Atkins, a care worker with a secret history of alcohol abuse and self-harm.

As Matthew struggles to adapt to his new found liberty, he finds himself continuously plagued by the demons of his past. Haunted by strange and ghastly images and urges, Matthew sets himself upon a path of vengeance; determined to seek out his parents’ killer and put his demons to rest once and for all.

‘The Damaged’ is a disturbing psychological thriller, delving deep into the darkest depths of the human psyche. 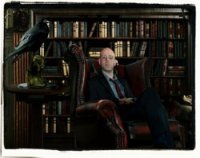 Simon Law, Author, was born October 23 1983 in the town of Crawley, Sussex, England.

Law first became a published writer in 2009 with the release of his début novel ‘Bringing Forth the End of Days’, an apocalyptic novel set in his home town of Crawley. Although his early works were mainly Science Fiction, Law now concentrates his writing primarily in dark fiction and horror. During his studies at the local community college, Law focused his education mainly on maths and science, obtaining high qualifications in both, but says he only discovered his passion for writing later in life. After leaving college in 2001, Law became part of a small film production team and was involved in many low-budget productions such as ‘Attack of the Martian Dinosaurs’ and others, before the team finally disbanded in 2007. In his spare time, Law likes to dabble in photography, animation, and music production. He is an avid fan of Stephen King, Richard Laymon, and dean koontz, and also enjoys classic literature from authors such as Edgar Allen Poe, Bram Stoker, and H.G.Wells.