I am excited to share with you that THE GARDEN OF BLUE ROSES by Michael Barsa was recently published by Underland Press on April 17th. It sounds like a great suspense/thriller, and is on my reading list for the summer. I look forward to seeing how much real life is mirrored in the pages of a horror novel, wrapped inside a thriller. 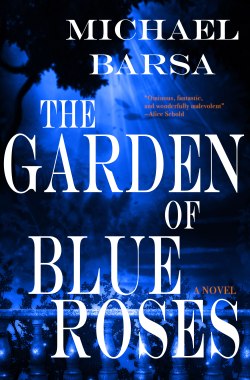 Genre: Suspense
Length: 248 Pages
Publisher: Underland Press
Release date: April 17, 2018
Kindle Link
Synopsis: A car lies at the bottom of an icy ravine. Slumped over the steering wheel, dead, is the most critically acclaimed horror writer of his time. Was it an accident? His son Milo doesn’t care. For the first time in his life, he’s free. No more nightmarish readings, spooky animal rites, or moonlit visions of his father in the woods with a notebook and vampire make-up.

Or so he thinks.

Milo settles into a quiet routine―constructing model Greek warships and at last building a relationship with his sister Klara, who’s home after a failed marriage and brief career as an English teacher. Then Klara hires a gardener to breathe new life into their overgrown estate. There’s something odd about him―something eerily reminiscent of their father’s most violent villain. Or is Milo imagining things? He’s not sure. That all changes the day the gardener discovers something startling in the woods. Suddenly Milo is fighting for his life, forced to confront the power of fictional identity as he uncovers the shocking truth about his own dysfunctional family―and the supposed accident that claimed his parents’ lives.

Praise for The Garden of Blue Roses-

“[F]ull of … dark twists and darker humor….  I was hooked from page one.” ― PAUL TREMBLAY, award-winning author of A Head Full of Ghosts

“With his first novel, the influences of which include the gothic visions of Hawthorne, the morally charged horror of Shirley Jackson, and the twisty storytelling of Italo Calvino, Barsa emerges as a unique voice in contemporary fiction.” — KIRKUS REVIEWS

“Horror fans who enjoy Edgar Allan Poe with the modern touch of Stephen King will be kept off-kilter by this sinister psychological tale of twisted facts and damaged sanity.” – LIBRARY JOURNAL 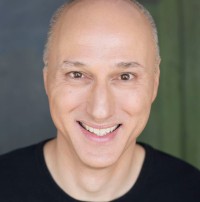 Michael Barsa grew up in a German-speaking household in New Jersey and spoke no English until he went to school. So began an epic struggle to master the American “R” and a lifelong fascination with language. He’s lived on three continents and spent many summers in southern Germany and southern Vermont.

The Garden of Blue Roses is his first novel.