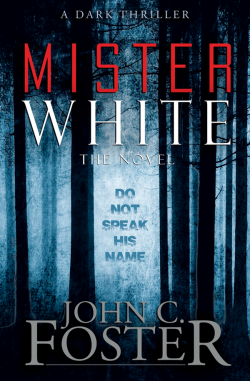 Lewis receives a video of a man held captive and made to torture himself.  He sees a mysterious white face in the video floating through the scene.  The man being held keeps asking “who is Mr. White”.  Lewis is beyond shocked and calls this in to his contact.  As soon as Lewis tells his contact Abel kept saying “who is Mr. White” he is told to pack up and get on the move, and right now.  Lewis is confused by the response and still in shock from watching Abel’s self-induced torture session.  He sends a quick email to his wife with their code word HEADBAND.  After seeing this email Cat’s panic level is through the roof, she quickly packs for herself and her daughter, Hedde.  I don’t know why Cat’s role is the story was so prominent for half the story and then she was absent for most of the remainder of the book.  I also didn’t see the reason for so much time spent on Gerard’s wife’s story.  His character felt very thin even with her backstory.  Hedde’s encounter with some local boys and the priest’s encounter the elderly lady didn’t add much to the story.  I really loved the writing and certain descriptions and phrases like ‘Time was becoming taffy’ and ‘it looked like a place the future had passed by, but it didn’t quite know it yet’.  The action and pacing of the story were both very good, I also found Mr. White a truly creepy character.  There really isn’t anywhere to escape once he finds you.

In the shadowy world of international espionage and governmental black ops, when a group of American spies go bad and inadvertently unleash an ancient malevolent force that feeds on the fears of mankind, a young family finds themselves in the crosshairs of a frantic supernatural mystery of global proportions with only one man to turn for their salvation. Combine the intricate, plot-driven stylings of suspense masters Tom Clancy and Robert Ludlum, add a healthy dose of Clive Barker’s dark and brooding occult themes, and you have an idea of the horrifying world of supernatural espionage that the chilling novel MISTER WHITE will reveal. John C. Foster’s MISTER WHITE is a terrifying genre-busting suspense shocker that answers the question that should never be asked: “Who is Mister White?” 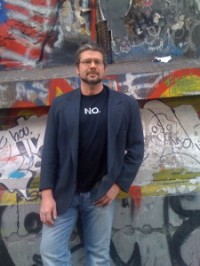 John C. Foster is a New York City writer of thrillers and dark fiction whose stories have appeared in numerous magazines and anthologies, including Shock Totem Magazine, Dark Corners, Death’s Realm,Dark Visions: A Collection of Modern Horror – Volume 2, Under the Stairs and Big Book of New Short Horror among others. Foster’s first novel, Dead Men, was published in July 2015 and is the first in his Libros de Inferno trilogy. Mister White becomes his second long-fiction release when it is published in 2016 by Grey Matter Press. For more information, please visit www.JohnFosterFiction.com.