Welcome to the February Women in Horror Spotlight Project, co-hosted by David Spell at The Scary Reviews, and Erin Al-Mehairi, Hook of a Book Media. We will be featuring many women over a short period of time with mini-interviews in which all were asked the same three questions. We urge you to get to know them and delve further into their work, whether they are a writer or editor. We will feature about three women each day that we have a post. 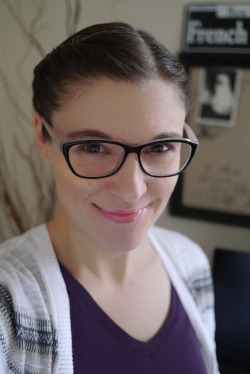 Horror is anything that taps into our most primal, personal fears. For some, these fears are concrete: flying on an airplane, losing a loved one, spiders. For others, horror is more of an abstract concept. It’s the idea of exploring the darkness that lurks within us; what we ourselves could be capable of at our most vulnerable or, perhaps, our most powerful.

I can’t pinpoint the exact thing that drew me to horror. It’s always been a part of who I am. I guess you can say I was born into it. Take that as you will.

I have no idea. I’m not a fan of genres in general. My writing jumps between horror and thriller, with a lot of literary elements and family drama, and sometimes even some coming-of-age stuff. Genres are limiting. Sub-genres are suffocating.

I suppose my favorite part of writing what I write is introducing people to fears they didn’t know they had. It’s always fun to get dismayed tweets and Facebook messages from readers cursing me for…whatever. “Oh my god, I’m now completely terrified of (blank)!” I love my readers to the moon and back, and sharing these stories with them is an incredible honor. And the fact that they continue to journey with me into the darkest depths of the human condition is incredible.

Born in Ciechanow Poland, Ania has always been drawn to the darker, mysterious, and sometimes morbid sides of life. Her earliest childhood memory is of crawling through a hole in the chain link fence that separated her family home from the large wooded cemetery. She’d spend hours among the headstones, breaking up bouquets of silk flowers so that everyone had their equal share.

Ania’s first novel, SEED, was self-published. It clawed its way up the Amazon charts to the number one horror spot, earning her a multi-book deal and a key to the kingdom of the macabre. Less than five years later, her work has been lauded by the likes of Publishers Weekly, New York Daily News, and the New York Times.

She hopes to one day be invited to dinner at Stephen King’s place, where she will immediately be crushed beneath the weight of her imposter syndrome. 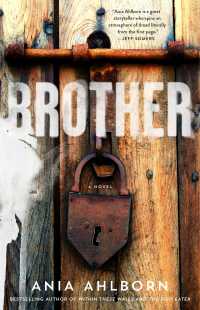 I absolutely love horror – when I was young it was all about Goosebumps and Point Horror, and then when I was older I moved on to Stephen King, Richard Laymon, and Graham Masterton.

For me I think I like being scared (I’m not sure why!) and I like to give a writer the challenge of trying to scare me – which is something I do with my own writing – try to scare myself as I am writing it, and if I have succeeded, then I know others will be scared too, which is the whole point.
I love ghost stories and tales about possession and things unexplained, but I also like monsters and gore.

I would define horror simply as this: a thought or idea that has the ability to make you fear it – whether that idea turns into a novel, a film, a piece of art, or something else.

For some reason, my writing tends to turn into a kind of gore/splatterpunk subgenre, but this happened without me intending it. My first book – The Willow Tree – has some parts in it that I still think about now and cringe when I know that my friends and family have read it. I find that I’m good at it (not great – but this will come with practice!) and I’ll write something, and then think “I can make this darker” without then having the story become overly gory just for shock value. One author who I really admire in terms of splatterpunk horror is Richard Laymon – he walks the fine line of shocking the reader, without it becoming overly loaded with gore for no reason.

Pushing my limits of what I find horrific – both with my reading and my writing. Trying to master the art of gory horror without overdoing it – and without leaving any potential readers wanting more! I think a writer is never fully done perfecting her craft, and pushing boundaries of what they find comfortable writing about is one way to explore.

There is a short, but intense, rape/torture scene in The Willow Tree – and I wondered whether to add it in at all in case it was met with disgust, but I decided to keep it in because the first person that I’m writing for is me, and the story felt better because of it.

Rebecca is a horror writer from Nottingham, currently living in Wolverhampton with her partner and daughter. She has written horror since she was young – taking her influences from Goosebumps and Point Horror books. She loves Stephen King and Richard Laymon, but also enjoys books by Sarah Waters, Sergei Lukyanenko and Elizabeth Kostova. She reads whenever she can and has a whole bookshelf full of books she still needs to read – you can never have too many books!

Links to her books:

“The Willow Tree” (Amazon US)

Author page on Lulu – http://www.lulu.com/spotlight/BekkiPate
Purchase for her books “The Shadow Beneath” and “Into the Dark” are also there.

When I was a child, my parents didn’t monitor my book or movie intake, so I wound up reading “Interview with the Vampire” when I was in third grade. The novel left a profound impression on me. Anne Rice took a decent guy and forced him to compromise his morality. And she did this in such a natural way that I became fascinated by the idea. That—to me—is the essence of horror. It isn’t about being frightened, but about what being frightened does to people. It’s about the choices we make out of fear.

My taste in horror has expanded quite a bit since third grade, but I still think vampires make the best antagonists. And here are just a few reasons why:

Bad guys, hands down. I love being able to immerse myself in characters who are unhindered by moral and social norms. Bad guys don’t care if you like them; they aren’t worried about pleasing you. And there’s something very liberating about reading and writing from that perspective—especially after a hard day at work. 😉

Elena Hearty is the author of “Donor” (Samhain 2011) and “Bait” (Samhain 2016). She’s married, has two children, and works full time as a software engineer.

See more about Elena online, as well as find links to her books.