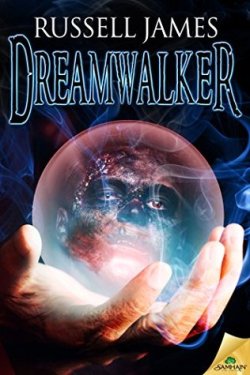 Review copy provided in exchange for an honest review.

What if you lived in two worlds, and could die in either? Pete Holm can. He is a dreamwalker, able to travel to the realm of dreams, including the devastated world of Twin Moon City, where an evil voodoo spirit holds living souls in terror with his army of the walking dead.

In the waking world, drug lord Jean St. Croix knows only the power of the dreamwalker can stop him, so St. Croix vows Pete must die.

Pete is the only hope to rescue the lost souls in Twin Moon City…unless St. Croix kills him first. Can anyone survive when two realities collide?

Dreamwalker is a fascinating story, Pete has the ability to control may aspects of his dreams.  He returns to them often, as I’m sure many of wish we could do with great dreams of our own.  Pete is a young college student who is struggling and feeling very out-of-place.  His dreams and ability to guide them are “pulling” him to leave college and find the source of the “pull”.  Little does Pete know what life has in store for him but he sets of on a journey without a destination.

The book has a slow and steady build as we learn more about Pete and his friend in the dream world.  Rayna is the recurrent friend who frequents his dreams and is his constant companion.  Little does Pete realize how real and important she is and how much she has to teach him.  Our antagonist, Jean St. Croix is quite a character.  He has some complex and terrifying layers to him.  Russell James works in some real life mystery and horror with this character making him all the better for our friend Pete to tangle with.

While Pete continues his trips to the other side he learns more and more about his ability as a Dreamwalker.  His character soon learns what is at stake in the land of the living as well as in the land of dreams.  He meets Prosperidad who helps him understand what is happening and what are his new abilities as a Dreamwalker.  Prosperidad is an interesting character with a rich and well-developed back story, from her life as a child growing up in Haiti to her grown life as a “see-er”.

Jean St. Croix has his own fascinating background as a child and grows to be quite a formidable evil presence in the two worlds.  One he has created and ruled, the other where he is becoming more dangerous as the story proceeds to its conclusion.  I really loved to hate this character, his evil has no limits and he will do what ever it takes to get what he wants.

I really like how Russell James adds real elements to his story while telling a fantasy story, and creates a dream world where more is possible than we can expect.  The story has characters I hoped for and others I waited and wanted to see fail.  The characters felt real, some in a good way others in a terrifying way.  The story kept me guessing what is next for Pete and Rayna and many others.  One of my favorite parts of the book are when Pete meets a young boy and really helps set his life on the right track.

The scenes of the dream world are so vivid and so well described that I felt transported right along with Pete and was a part of his dreams.  There were plenty of scenes that were very tense, heartbreaking and sad as well as happy and fulfilling when a small ray of sunshine shone on Pete.  The end of the book still had me guessing how life would end up for Pete and Rayna, right up til the final two chapters.  The ending was well done and I really wanted just a bit more story.  I had a few more answers I had hoped to discover.  I thought at the beginning Pete’s character was a bit slow and his development seemed to happen quite quickly.  I felt some of his abilities sharpened too quickly.  There are a few surprises inside Dreamwalker that I really enjoyed and will leave them for you to discover.

Overall I found Dreamwalker an enjoyable read with a good storyline and filled with interesting twists.  I was really sucked in to the life Pete wanted versus the one he was living.  I think this book would be a really good read for anyone who loves YA and fantasy but who also loves a good dose of horror thrown in.  I’m not afraid to say this was my first book by Russell James, and with of his other work out there I know I’ll find another really good read just around the corner.

Where Can you find Russell James?

Other books by James Russell 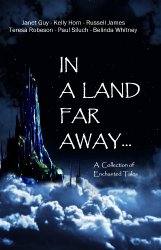 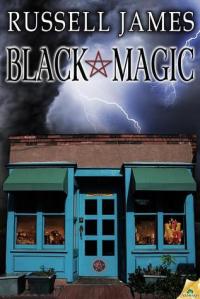 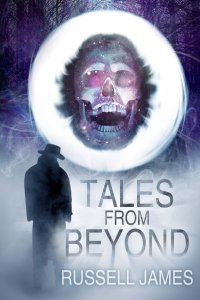 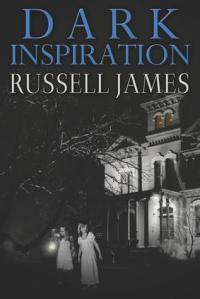