Natasha stalks the quiet streets of dead-end Lunar Bay like doom in a denim jacket. She’s a grim reminder that some teenagers can never escape the ever-tightening noose of their lives. Burned out and benumbed by a traumatic past, dogged by scurrilous small-town gossip, she finds solace in drugs, sex and Slayer.

What horrors have her flat eyes witnessed? And how far will she go in pursuit of the one tiny spark of hope that still flickers in her haunted heart?

When a naïve transplant crosses her path, he’s drawn into shadow and doubt. With his girlfriend ghosting him, Natasha’s fresh introduction to her half-lit world is darkly appealing. Now faced with confusing quandaries—connection or convenience, relationship or exploitation—can he help any of the women in his life? Or is he just helping himself?

The untold tragedies of Natasha’s lonely life may be more than he can handle. And in a town whose history is littered with dead girls, there may be no happy ending for anyone.

I’ve read a lot of coming of age stories, but none of them as brutally honest, raw, and dark as The Dark Matter of Natasha. For coming of age books, my typical fare is more along the lines of a group of kids having good old kid adventures. Forts in the woods or ballgames in an abandoned field. Maybe one of the teens finds himself in trouble with an older teen. You know the stories I mean

That’s not what I got in The Dark Matter of Natasha. Matthew R. Davis takes no prisoners in the taboo topic of teen sex, drugs, and the overall darker side of teenage life. Everything is fair game here, and anything goes. The prose is smooth and the plot moves at a brisk pace. Matthew R. Davis creates characters that come to life quickly and with ease. Natasha is rough, edgy and has the right amount of intrigue to draw a fly to the trap. She’s interesting and dark, complex yet straightforward. She’s the kind of teen girl you have to know and at the same time you know you’re better off not knowing.

On the flip side of our protagonist’s sexual escapades is Caitlyn. She is full of innocence and youthful vigor, the kind of girl all boys want to be with. But even Caitlyn has a secret, not even she can escape the darkness permeating this book. The suspense is rich and this is a book I didn’t set down. My first experience reading Matthew R. Davis was nothing short of great. After finishing The Dark Matter of Natasha I pulled is list of works. I was shocked at the number of books he’s written without having ran across them. It left me wondering why I haven’t stumbled across him before. For a dark horror read, I know where I’ll be looking in the future, and I highly recommend this book, if you don’t mind a dark tale with an abundance of sexual content and language.

Link to purchase The Dark Matter of Natasha 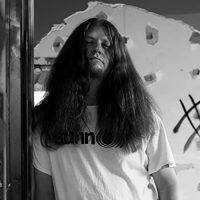 An author and musician based in Adelaide, South Australia, Matthew R. Davis has published over sixty dark short stories and poems around the world thus far. He won two 2019 Australian Shadows Awards and was shortlisted in 2016, 2017, and 2020, and he’s also been shortlisted for the Aurealis Awards (2018, 2019). He has served on judging panels for both.
He is bassist/vocalist for Blood Red Renaissance (on hiatus) and icecocoon, and also edits and composes for short films and video clips. He performs occasional spoken word shows with punk poets Paroxysm Press. His first book of horror stories, IF ONLY TONIGHT WE COULD SLEEP, was released by Things in the Well on January 31, 2020; his first novel, MIDNIGHT IN THE CHAPEL OF LOVE was published by JournalStone Publishing on January 29, 2021.