My quick 6 question interview with GJ Stevens, author of the upcoming novel ‘In The End’! 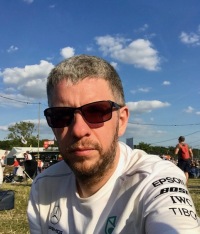 GJ Stevens started writing fiction at the age of thirty. He describes his style of writing as popular fiction which usually has some sort of Sci-Fi or paranormal element, but he is on a journey and won’t pigeonhole himself into one genre. Even as a degree level engineer with a large family and a full time career in a serious profession with plenty of adult responsibilities, he has always had an artistic and creative side. After years of self-suppression, the flood gates opened and his novel, In The End, is the culmination of many years of finding time from nowhere to learn the craft.

The Scary Reviews: Looking back, what’s one fiction book that you feel truly made an impact on your writing? Do you still gravitate towards that author?

GJ Stevens: There are two authors who made the most impact on my writing. The first being the late Vince Flynn. After a long period of not reading books, I picked his up at an airport on the way to the US on holiday. From the first to the last page I was hooked and had to find a bookstore and fill my arms with more of his novels before the holiday was over. I haven’t stopped devouring books since then and it led me to start writing. Unfortunately I tried going back to finish his long running Mitch Rapp series but I found after writing for a few years and learning the craft, I couldn’t avoid being over critical on his style and didn’t finish more than a few chapters.

The second would have to be Stephen King. I read On Writing and Carrie shortly after and now I try and wedge one of his novels into my reading pile every five or six books. IT was definitely my favourite so far, but it do get a little annoyed when I ready his novels and he contradicts the advice he gave in On Writing. I only recently discovered Danse Macabre, which I’m currently listening to in installments on my journeys to work.

TSR: How do you feel about the use of sub-genres in the industry? How do you describe your work overall?

GJS: I think sub-genres are helpful to the readers. I feel I’m a novice at genre pigeon-holing and I fell foul of it when I wrote my first novel which I never went on to publish. It fell in the paranormal Sci-fi genre and I hated it sitting there, but that’s where the industry told me it would catagorised on the book shelves.

As a writer I’m not genre specific, but the books have to be. I get that. In The End is a horror / apocalyptic / action and adventure novel! 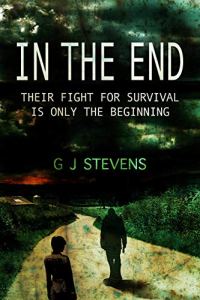 TSR: What about your writing process do you think is unique or quirky? What’s the worst writing advice you’ve ever received?

GJS: I work full time and have to squeeze every last drop of time I can out of the day whilst also not neglecting my family, but I guess that’s not unique to me. I go to work two hours early and I use that time to write, or do promotion things. If I’m writing at that time I can get straight too it, the words flow to the page. If I’m outside that time it takes me five or ten minutes to get into the zone. Habit is a powerful thing!

As part of my blog I interview a lot of authors and people in the industry, so I’ve seen a lot of advice. Most of it is great, some is weak or obvious, but I don’t think I’ve really been given dud advice.

TSR: As an author, how much do you engage in social media? Do you feel it is more for your own entertainment, or for marketing and networking?

GJS: I never engaged in social media for entertainment, but I have learnt to use it for gaining contacts and for marketing and I’m actually learning to love it. I’ve had some really great interactions with people and I’ve made some amazing connections to people I wouldn’t have dreamed talking to face to face. I shouldn’t be so surprised when I connect with someone successful and find out there is a human behind the picture who eats, sleeps and uses the bathroom just like the rest of us.

TSR: Where do you see the future of science fiction heading? In turn, what changes would you love to see, either socially or technologically?

GJS: It’s a great question, but I think the amazing thing about science fiction is the lack of boundaries and if there are any, they’re beyond my imagination. I certainly wouldn’t dream of trying to envisage where they could be heading next.

TSR: What can you tell us about your upcoming debut novel ‘In The End’? It sounds like a great read, I’d be interested in reviewing it for my site.

GJS: Thank you for the offer of the review. As this is my first published novel, the review process is probably the most nerve-wracking.

In The End follows a group of friends as they quickly come to the realization something has gone catastrophically wrong and they’re forced to fight for their survival. It’s a high pace, nature twisting page turner.

Many thanks for your time, Gareth. In The End sounds like a great read and can be purchased here.

One thought on “Interview with GJ Stevens”