Overview of 1 of 26 by Zack William Thomas Jameson

The 1 of 26 manuscript was sent to me via a trusted contact, they suggested I carried out some initial research prior to reading it because they felt it would offer up some background information to the story that would prove useful.

I typed them into my browser, sat back and viewed the results. 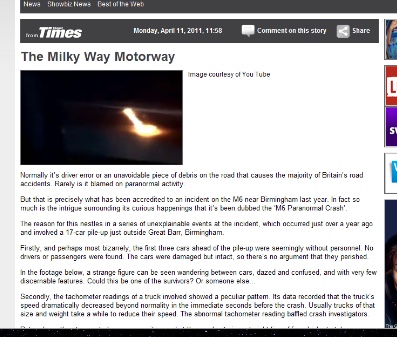 As I started to delve deeper into the many websites and online forums discussing the subject matter I was hooked and wanted to know more. The sheer abundance of information I found about the two incidents gave me cause to believe that something must have happened to spark such a reaction amongst the online community; or at least that was my initial thought.

Much of the debate revolved around the authenticity of the reports by Mark Collins and why he appeared to be the only journalist reporting these incidents. Some questioned whether these events actually took place or wondered if there was some sort of cover up at work here keeping the truth away from the mainstream media. If it was a cover up then what could be the possible motive?

People allegedly disappearing from vehicles, witnesses claiming they saw a bright light at the crash scenes and the tampering of bodies in a Parisian mortuary all feature in the reports. But aside from the words of Mark Collins there was very little else on offer to corroborate the authenticity of these reports.

However, I then read the manuscript and began to realize how much of what I was reading tied back into the myriad of pages I came across during my research, joining the dots between the two incidents. 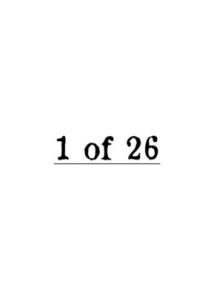 The debut book from Zack William Thomas Jameson, 1 of 26, will be available to purchase on the 15th of March from the following online retailers. From Manchester to San Diego & Paris via London and the West Coast of America, 1 of 26 is an international story.

My name is Zack William Thomas Jameson; ZWT for short, and I’m a writer.

Embarking on a career in writing was never a formalized decision for me, I kind of slipped into it and splashed around as I started to create the worlds that would eventually become the basis for 1 of 26, my debut book.

It was during that process I realized that crossing boundaries within the accepted standards of literature excited me. It pushed me to creative highs and constantly made me question what is possible within the framework of a book; and in fact, made me consider whether a book should have a framework.

A narrative that is fluid and alive, that transcends what we understand to be the norm and pulls us in new directions; that is what I strove to achieve when writing 1 of 26.

Intertwining what we dare to believe could be fact and lacing it with fiction inspires me.

Blurring the lines. Bringing the reader into the experience. Offering them something unique. Taking the written word into new directions.

I wanted to create a narrative that compels the reader to explore and discover new facets to the story, strands that exist outside the confines of the page.

What makes me tick? Well I guess I’m influenced by the environments within which we exist. Immersing myself into those worlds and pulling out the most relevant points have helped me construct the narrative.

A narrative that thrives off the back of fake news, the way social media shapes our interactions and how the decisions we take now ultimately shape our future; for each of those decisions there is an equal, and opposite, repercussion that we must learn to adapt to and live within.

Music has played a constant role in my creative work. The beating soundtrack in the background was always there to shape my mood, maybe even shape the story.

I also look to the great directors of movie world for inspiration, with Kubrick probably being the one that has influenced me the most; Barry Lyndon being perhaps the greatest example of his tireless quest for perfection . Every frame had value, every line of dialogue drove the story and helped bring us closer to the characters. That is how I see this book, something that in many ways is visual, but equally driven by the humans that lie at the core of the story.