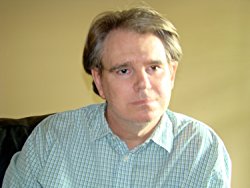 I’m not compelled to write. That’s something you hear from many authors, that they need to write or that they write because they feel they must. That’s not me. My compulsions are more toward story than writing. Ask my kids. I can’t just tell them something. I always end up telling them a story about why this or who that. Often they are about having had to walk five miles in the snow with baked potatoes in my pockets to keep my hands warm and those potatoes were my breakfast, lunch, and dinner. You get the idea. Heck, I sometimes paint, write poetry, and lie to people for fun. If I could carry a tune I would be more than happy as a musician and never mess with books. I don’t need to write but I need to express.

For me it’s about story and stories. The thing about that is, it leads me to other stories, different kinds, different people, and different viewpoints. I love stories. There’s the difference between me and some other writers. Difference here is not a value judgement and I won’t disparage other writers for their choices. But so many writers I meet and interact with through social media are fixed to their genre. And I’ve come to feel that is in the nature of our love or our needs—for writing or for storytelling.

There aren’t any absolutes. I think we (writers) all have our own balance but some are more weighted to one side or the other. But it seems to me that the people who love, or need, to write, know what they want to write. More often their variety of ideas is expressed within genre. Some horror writers work to success. Apocalyptic works for you—that is what you write. Some may write creature horror then literary horror then a Lovecraftian tale. If you have a love and a compulsion it is natural they would make an alliance.

Writers like me, those for whom writing is simply a vehicle for telling stories, tend to wider ranging topics and genres. I can’t say if it is good or bad. The market will decide that. I just write my stories and hope.

I had plans. I had dreams. I started out years ago thinking I would write science fiction. I’m not smart enough. Not only that, but science fiction changed. I grew up with Heinlein and Asimov and Bradbury. Through the ‘80s and ‘90s, science fiction became much more about tie-ins and a very active genre. Read that as more structured and harder to break into. And I still wasn’t smart enough.

But I wasn’t locked. I didn’t want to just write. I certainly didn’t need to write science fiction. I wanted to tell stories. I wrote screenplays. I never sold one but it is the nature of that business that you can get passed around and praised and never sold. I wrote a historical fiction script about the legend of John Henry. Story editors called to tell me how much they loved it. But… I wasn’t compelled to screenwriting. It was about stories. I still had many to tell.

Over the years I wrote television commercials, news, documentaries, some stories, plays, poetry… Some of it was just work. Some for love. See, I don’t much care about the means to tell a story as long as I get the story told.

I think my particular balance between writing and storytelling has both helped and hindered me. If I concentrated on one thing, I would probably get better quicker and, perhaps, had more success. On the other hand, I have books out in horror, romantic suspense, mystery/thriller, and one upcoming gritty noir. Even within genre, especially horror, my books vary widely. That gives me more of an opportunity to reach an audience.

Many of us writers spend a lot of time writing about writing. It is a group that likes to help and boost each other. Also we get asked pretty often about how to do it or how to succeed. I always say you have to decide for yourself what success is. But you also have to find your balance between writing and storytelling. The important thing to take away from my ramblings, is to make your choices. I think the only way to fail, is to write for success. You can chase that balloon forever and never write anything you really want to write. And consider the worst case, what if you catch it? What if you write a novel that succeeds and you end up doing a series of books you don’t love writing?

It’s all a balance, but I say find the side with your joy on it, then put your thumb on the scale. For me, it’s telling lots of different stories in different ways. And guess what—I’m working on two science fiction stories. No space, and no far-far future. I still hope I’m smart enough to pull them off.

Robert E. Dunn was born an army brat and grew up in the Missouri Ozarks. He wrote his first book at age eleven, stealing, or novelizing, as he called it at the time, the storyline of a Jack Kirby comic book.

His college course of study, philosophy, religion, theatre, and film/TV communications, left him qualified only to be a televangelist. When that didn’t work out, he turned to them mostly, honest work of video production. Over several years he produced everything from documentaries, to training films and his favorite, travelogues. Still always writing for the joy of it he returned to writing horror and fantasy fiction for publication after the turn of the century. It seemed like a good time for change even if the changes were not always his choice.

He lives in Kansas City with three daughters, a young grandson, and an old dog. He tweets sometimes as @WritingDead but makes no promises how interesting those little posts will be.

One thought on “My Joy of Story by Robert E. Dunn”