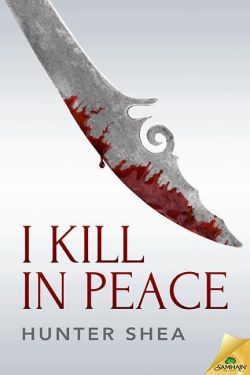 Review copy provided as part of the I Kill in Peace blog tour.

For me a return to Hunter Shea’s writing is always a treat and he has quickly become one of my favorite authors. First it was the epic post-apocalyptic story The Tortures of the Damned, which is one of the best end of the world books I’ve read. Afterward it was alien abductions in The Dover Demon which scared me more than any book in recent history. These two books were all it took to make me a fan and to really look forward to reading the next Hunter Shea book.

In I kill in Peace Peter works as a marketing director for the national company, at least he did. It’s 3 pm on a Friday afternoon and Peter is running on autopilot. He starts to wind down his work day, finishing his reports, checking emails and all the other meaningless stuff he does while watching the clock creep toward 5 pm. Peter just wants the day to end and as he stares at his computer a message box pops up on the screen. it says “Marcellus is going to fire you at 5 pm”. Peter can’t imagine why his boss would fire him and thinks this was meant for someone else. Much to his surprise his boss does fire him. As he cleans out his desk another message pops up “you are going to kill him”. Every where Peter goes he sees a message on his phone, iPad, or computer. His GPS is even talking to him telling him to kill his boss. Peter thinks all of this is a sick joke and wants to know what the hell is going on. How is any of this possible, how can this be happening. But happening it is and Peter must kill his boss and anyone else he is told to kill. Resisting directions or even thinking of saying no has dire consequences.

Peter gets a vision of all the ways his boss has screwed him over the years. Now killing him doesn’t seem like such a bad idea and the ride is in full motion. Peter has fallen down the rabbit hole while listening to the voice in his head. Killing his boss is only the beginning for Peter, he has a long list ahead. Hunter Shea had my attention in no time and I was strapped in and ready for one hell of a ride. Hunter gives us a mystery to solve and a show to watch as Peter kills one person after another. We also get a great character and share in his horror as he swings his sword of death. I couldn’t wait to see what was around the next corner, as I waited to see who would be his next victim.

I Kill in peace is a ticket on the crazy train as Peter not only kills his boss but countless others who are a waste of space. People who do terrible things and aren’t worth the air they breathe. The desperation and struggle are easy to feel while we watch Peter move from one person to the next, killing the person the voice tells him too and trying not to get caught. Peter has become a killing machine without questions while listening to the voice in his head and wondering what kind of person he has become. I Kill in Peace is plenty brutal, gory and filled with an excellent dose of horror. It’s edgy and Hunter takes no prisoners as his character kills his way through the town. This was a fun read and I really enjoyed all the killing in this story. 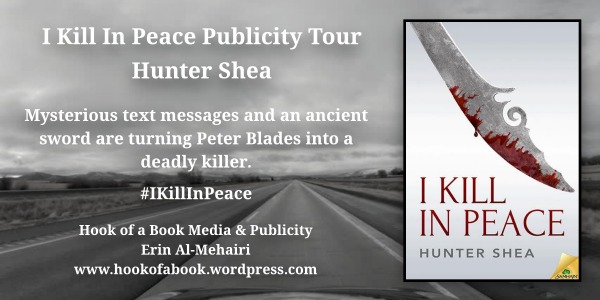 Peter Blades is, in every sense of the word, an ordinary man. Hard worker, father, husband, a man content with small-town life. Except for one small fact—he’s slowly being turned into a ruthless killer.

Compelled by mysterious texts to murder, he’s provided a fiery red Mustang and an ancient sword to carry out an ever-growing hit list. His jerkoff boss is victim number one. You always remember your first.

By the time his sword sings through the air to dispatch a would-be school shooter, taking lives is as easy as breathing. And if the world is going to hell around him, all the better. No one wants to burn alone.

“This wholly enthralling hulk of a summer beach read is redolent of sunscreen and nostalgia, recalling mass market horror tales of yore by John Saul, Dean Koontz, and Peter Benchley.” — Publishers Weekly — Voted one of the best reads of summer, on The Montauk Monster

“Hunter Shea is a great writer, highly entertaining, and definitely in the upper echelon in the current horror scene. Many other writers mention either loving his work and/or having the man influence their own, and for just cause. His writing suits anyone with a taste for the dark and terrifying!” –Zakk at The Eyes of Madness/The Mouth of Madness Podcast 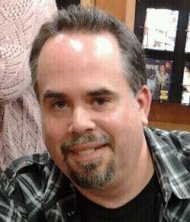 Hunter Shea is the product of a childhood weaned on The Night Stalker, The Twilight Zone and In Search Of. He doesn’t just write about the paranormal – he actively seeks out the things that scare the hell out of people and experiences them for himself.

Publishers Weekly named The Montauk Monster one of the best reads of the summer in 2014, and his follow up novel,Hell Hole, was named best horror novel of the year on several prestigious horror sites. Cemetery Dance had this to say about his apocalyptic thriller, Tortures of the Damned – “A terrifying read that left me wanting more. I absolutely devoured this book!”

He wrote his first novel with the express desire to work only with editor Don D’Auria at Dorchester (Leisure Horror). He submitted his novel to Don and only Don, unagented, placed on the slush pile. He is proof that dedicated writers can be rescued from no man’s land. He now works with Don, along with several other agents and publishers, having published over ten books in just four years.

Hunter is proud to be be one half of the Monster Men video podcast, along with his partner in crime, Jack Campisi. It is one of the most watched horror video podcasts in the world. Monster Men is a light-hearted approach to dark subjects. Hunter and Jack explore real life hauntings, monsters, movies, books and everything under the horror sun. They often interview authors, crytid and ghost hunters, directors and anyone else living in the horror lane.

Living with his wonderful family and two cats, he’s happy to be close enough to New York City to get Gray’s Papaya hot dogs when the craving hits. His daughters have also gotten the horror bug, assisting him with research, story ideas and illustrations that can be seen in magazines such as Dark Dossier.

If you would like a copy of the book for review or to conduct an interview with Hunter Shea, please contact Erin Al-Mehairi, Publicist, at Hook of a Book Media: hookofabook@hotmail.com