Today, I am very excited to have John F.D. Taff stop by my blog for an interview.  John F.D. Taff is a horror/dark speculative fiction author. He’s a published author with more than 70 short stories and seven novels in print.  Over the years, six of his short stories have been awarded honorable mentions in Datlow & Windling’s Year’s Best Fantasy & Horror.

Taff’s first collection, Little Deaths, features 19 short stories collected from 25 years of writing. Some of the tales are reprinted from other sources; some are new to the collection. Little Deaths has been extremely well reviewed and has made it to the Horror Writer Association’s 2012 Bram Stocker Recommended Reading List.  Little Deaths was the first book I read by John F.D. Taff and was instantly hooked, from that point forward I haven’t been able to get enough.  I always look forward to his next short story, novella or novel.  I have read most of his writing and some of his work that has a great emotional depth which just shows the range to his talent.  Many of his stories, either short, novella length and his novels punch me in my gut and really leave a mark on me.  This is what I love from John and its no doubt where he earned his nick name ‘The King of Pain’.  From straight up Horror in Little Deaths to the thriller of Kill Off to stories that will reach deep in to your emotions John has it all.  Here are the topics we discussed when we talked, as a fan I really enjoyed a change to talk with him.  I hope you, his fans, and new readers will also enjoy the peek inside his mind.   New reader should waste no time going to amazon and picking up a book or two! 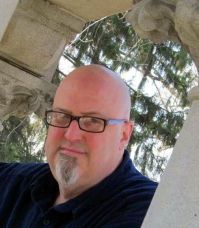 Why don’t you tell us a little bit about yourself, where are you from? What propelled you to start writing?

Well, I’m about to turn 52, which firmly plants me on the back nine of life…probably around hole 12.  I got married in November to the lovely Deborah.  I have three children—Harry, Sam and Molly.  Born and raised here in St. Louis and lived here all my life, though Deb and I just moved to Southern Illinois to be near her parents.

What propelled me to start writing?  Hmmm…I’ve always been a voracious reader, from earliest childhood.  Loved to read, still do, though my reading time has been sharply curtailed.  That’s the true curse of being a writer.  Anyway, I read books and comics and anything I could get my hands on.  It just seemed natural to me to eventually try my hand at something I enjoyed so much.  So I did a lot of writing as a kid, pastiches involving friends, little mysteries, comic books.  And I enjoyed.  Though I hated English in grade school and high school (probably the way it was taught), I got an English degree in college and went the journalist route, mainly working for trade magazines.  I began writing fiction in earnest—which means writing to submit—back in, oh, 1989 or ’90.

How does your writing process work?

Sit down (hard), dismiss distractions (harder) and write (actually easiest, but getting past the first and second are tremendously hard).  I’ve eliminated TV from my life, but the Internet is proving pernicious.  It’s a bottomless well of attention-sapping distractions.

Anyway, I have my own little space here in the house with my books surrounding me.  And an alarmingly big monitor hooked to my laptop so my aging eyes can actually see what I write.

I try to crank out some words every day, but I won’t lie. Sometimes it just ain’t there.  But I tool around on stories in progress, write stuff I know I will get rid of the next day and generally noodle with things if it doesn’t seem like actual writing is coming.  I have a stable of working shorts that I bounce around with, seeing if any new information is coming through the ether.

What do you like to do when you aren’t writing? How does that infuse your work?

I like to read, though that particular avenue of pleasure has narrowed due to time constraints.  I like to paint occasionally—space scenes painted with acrylics.  I love movies and go to them a great deal.  I play with my ridiculously cute pugs—Tovah, Sadie and my new pup, Muriel.

I always say that everything infuses my work.  I think, as an author, if you aren’t mining absolutely every aspect of your life (as well as the lives of everyone around you), you’re missing out on a wealth of great story ideas, characters, dialog lines, etc.

What books have most influenced your life most?

Wow…lots of them.  I recently found some of the favorite books I had as a child and bought them.  D’Aulaire’s Books of Norse and Greek Myths, Edward Lear’s Complete Book of Nonsense.  I had these books checked from the elementary school library so often I was actually asked to stop checking them out for a while.  The Lord of the Rings, certainly.  Stephen R. Donaldson’s 10-volume epic fantasy The Chronicles of Thomas Covenant the Unbeliever.  Anything by Robert Silverberg or Roger Zelazny or Jack Vance.  The travel books of Bill Bryson. Arthur Conan Doyles.  Poe.

You want horror books?  Certainly ‘Salems Lot by King…and nearly all of his short story collections, particularly his first, Night Shift.  Clive Barker’s Books of Blood.  Anne Rice’s Interview with the Vampire.  Neil Gaiman’s Smoke & Mirrors.  And Peter Straub…particularly The Throat and Koko and his collection Houses Without Doors.

Who are you favorite authors? Which author(s) had a significant impact on you growing up?

That’s a pretty exhaustive list above of my favorites.  As for growing up, you want to know what had the biggest impact on me from a reading standpoint?  Two words.  Comic books.  And by comic books, I mean Marvel.  Period.  Back in the early to mid ’70s—Spider-Man, The Avengers, Iron Man, Hulk, Captain America, The Defenders, Dr. Strange, Thor, Iron Fist, Power Man, X-Men.  All of that. I read them voraciously.

How does your work differ from others in its genre?

Hmmm…I guess I’d say that my stuff is more emotionally based than some of what’s out there, not surprising given my moniker of the King of Pain.  I think horror works best when bonded to another emotion—love, sorrow, lust, hate, loss.  So I try to do that in my work.  My stuff has been called literary, which I think some people find off-putting for some reason, but it doesn’t mean my work is dry or stuffy.  I think some horror readers don’t particularly like the fact that my work is not tremendously gory or loaded with the monsters of the moment.  I certainly have written some of that, but it doesn’t define my work.  And my perception is people are responding to what I write because they’re looking for something different than what’s out there.  In the end, though, it doesn’t matter that much…as an author, you have to write primarily for yourself—to get your own demons out there or put your ideas on paper or silence the inner voices.  But it’s primarily for yourself.  I find that, otherwise, it comes off false.

How much of yourself finds its way into your writing? Experiences, philosophies, personal/political views?

I think there’s a lot of me in my writing. I mean, a writer, at least in my opinion, does his best work when he takes the things in his own life–events, characters, dialog–and uses them in his stories. In effect, when I’m writing, I think I synthesize the story from whatever the idea is that I’m trying to set down and my own personal experiences. I’m always on the alert for characters in my life, for events that had some impact on me, memories, bits of dialog I’ve overheard. It all goes into the sausage grinder and comes out somewhere. As far as personal philosophies or political views, I think some of those slip through whether I like it or not. My novel, The Bell Witch, for example, skews more toward a spiritualist novel than a traditional ghost story. I think that represents my own perspective about ghosts and ghost stories, but of course some people who read the book wanted a more chains a-rattlin’, moaning at midnight, spectres floating through walls sort of thing. I didn’t write that kind of ghost story because I don’t believe–and am not interested in–that kind of ghost story. So, yeah, I suppose I wrote what I believed in that instance. Other times I think I just go where the story takes me.

For those who haven’t read any of your books, what book of yours do you think best represents your work and why?

Easy.  Both Little Deaths, my wonderfully reviewed short story collection from 2012, and The End in All Beginnings, my novella collection, are great because readers can get a sense of my range.  Plus the stories are shorter and easily digested.  Good places to start.

What is the best piece of advice you ever received from another author?

Who is your favorite character from your book and why?

The main character in my novella “What Becomes God”—the lead-in novella in The End in All Beginnings—is a thinly disguised version of myself.  I don’t know if that makes him my favorite, but he was certainly easier to write than some others.

What piece of your own work are you most proud of?

All of my stuff in Little Deaths and The End in All Beginnings make me extremely proud, but I’d have to say “What Becomes God” and “Visitation from the latter, and “Bolts,” “Here,” and “The Mellified Man” from the former make me very proud.

What’s coming next and where people can buy your stuff?

Well, Death’s Realm from Grey Matter Press came out in January, with a story from me, “Some Other Day.”  I’ve also got a story in Savage Beasts, “That Song You Can’t Get Out of Your Head.  That’s out in April, I believe.  There are some other projects I’m involved in that will be coming soon.  I had a novella called “Cards for His Spokes, Coins for His Fare” accepted into Gutted: Beautiful Horror Stories, an anthology scheduled for next year that also features stories by Neil Gaiman and Brian Kirk.  And my novel in progress, The Fearing, should be (better be!) finished in March.  I’m also cleaning up an older novel,  The Orpheus Box, for possible publication in ’16.  And I have an idea for a new novella collection for sometime down the road a piece.  Gonna be a busy year!

Thank you John for stopping by and talking with me today, it sounds like you have a very busy year.  I am very excited to hear you have such an extensive list of projects in the works and planned for all of us avid readers.

Where can you find John F.D. Taff?

Also on his Amazon Author Page! 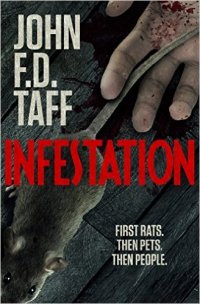 To Purchase The End in All Beginnings Click Here 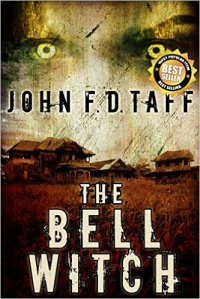