The highwayman was a dark, disturbing, and pretty good read. It was a game cat and mouse with the FBI chasing a man who was killing pedophiles. I liked the idea of a vigilante taking care of business and making this his personal mission. Much of story revolved around Agent Nick Redmond and it didn’t take long to hate him. I don’t usually dislike one of the main characters this much, but with this character it was easy. In contrast to Agent Redmond, Agent Moreland, his partner was a character I enjoyed for the most part. I was rooting for her while she had to deal with Redmond, and help solve the case.

But, as much as I liked her, Moreland had her own problems. She was hot and cold when interacting with certain characters, and her attitude and actions didn’t feel consistent with her personal history. There were inconsistencies in the dialog, and the book could have used better editing. I loved the synopsis but the execution left me unsatisfied for much of the book. The positives came late in the story as the cat and mouse game neared its conclusion. This was when some real excitement and tension showed itself. The concluding chapter came as a complete surprise and I found the twist at the end of the book was really good. 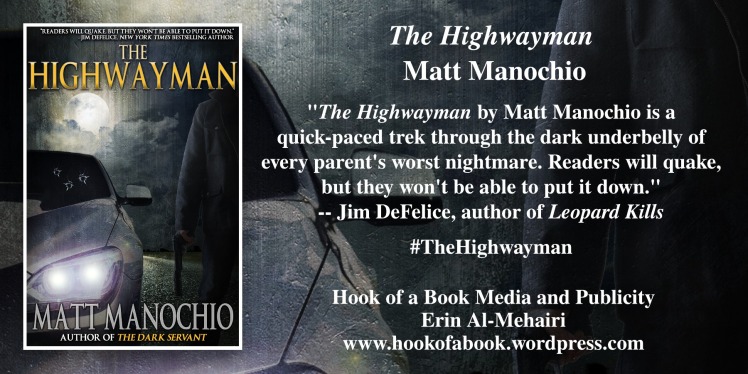 A murdered child predator surfaces in a New Jersey bog. Authorities in Pennsylvania and Ohio find more dead deviants days later as a vigilante weaves a trail of orchestrated slaughter through states along Route 80 to California.

FBI Special Agents Patti Moreland and Nick Redmond track Internet predators in Chicago. After a failed attempt on Redmond’s life, the FBI thinks one of his past collars pulled the trigger, but Moreland, a child-abuse survivor, believes otherwise. The young agent hacks his laptop and decrypts a sexually charged chat transcript between Redmond and a teenage girl logged hours before his shooting.

Moreland learns of the murders in other states and sees a connection to her partner. She can’t fathom Redmond being like one of the men who scarred her life, and knows of only one way to disprove it: find the killer. 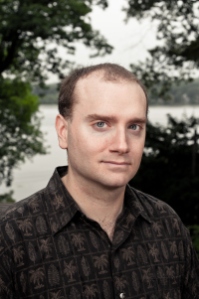 Matt Manochio was born in 1975 in New Jersey and graduated from The University of Delaware in 1997 with a history/journalism degree.

He spent the majority of his 13-year newspaper career at the Daily Record in Morris County, New Jersey, where he won multiple New Jersey Press Association Awards for his reporting. He wrote about one of his passions, rock ‘n’ roll giants AC/DC, for USA Today and considers that the highlight of his journalism career.