Today I am excited to have Kealan Patrick Burke on The Scary Reviews for an interview. I’ve been a fan of his books going back to early releases like KIN, Offline and Milestone, a few of my favorites. His latest book Blanky was just released on September 12, 2017. I just finished the book last week and I thought it was a great read. The review is easy to find, it’s the previous post, and there you can see what my thoughts were.

Born and raised in a small harbor town in the south of Ireland, Kealan Patrick Burke knew from a very early age that he was going to be a horror writer. The combination of an ancient locale, a horror-loving mother, and a family full of storytellers, made it inevitable that he would end up telling stories for a living. Since those formative years, he has written five novels, over a hundred short stories, six collections, and edited four acclaimed anthologies. In 2004, he was honored with the Bram Stoker Award for his novella The Turtle Boy. When not writing, Kealan designs book covers through his company Elderlemon Design. 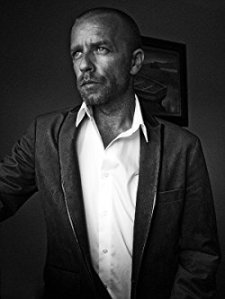 The Scary Reviews: Thank you so much for agreeing to this interview. I’m a big fan and excited to have this opportunity to ask you a few questions. For those who may be unfamiliar with you or your work can you tell us a little about yourself. Also, how did you get started in writing and what led you to pursue it professionally?

Kealan Patrick Burke: You’re very welcome and thanks for having me. I’m Kealan and I’m a lifelong horror addict. I write about the things that scare the hell out of me in the hope that they’ll also scare the hell out of you. In my sixteen years doing this professionally, I’ve won some awards, met and worked with a lot of my heroes, and it’s looking like there may be some films made soon, too. All in all, a fun ride, and I’m far from done.

TSR: How did coming to the U.S. from Ireland help your writing career? If you still lived there, where do you think you would be professionally.

KPB: The biggest way in which it helped my career was by giving me one in the first place. Up until I arrived here, I’d never had the opportunity to just sit and write with a view to it becoming a profession, but that was exactly the position in which I found myself. My wife at the time made me a deal: write for two years and see what happens, the understanding being that if it turned out I wasn’t very good at it, or couldn’t sell anything, then I’d go back to the regular workforce. But it did work out, and so, here I am. If I hadn’t made the very dramatic and very frightening decision to move here back in 2001, I don’t think I’d be writing at all now. More likely I’d be a hobo.

TSR: Can you share what a typical day of writing is like for you? Do you have a set process or does it vary depending on the day?

KPB: No set process, and I admire people who have one. Mine is chaotic because I’m very undisciplined. I write when the words won’t leave me alone. Maybe I won’t write for a month, but then I’ll write a novella and three short stories in two weeks. I used to beat myself up about that, and still believe a writer is better served writing always. But, my mind no longer works that way, so I go with the flow whenever the flow is there. I must be completely in love and obsessed with a story or I’ll feel no urgency to write it, and if the urgency isn’t there, I’ll go do something else.

TSR: In addition to writing, I know you design book covers. What led you to doing them and how do you enjoy this part of your work? I’ve seen several them, they look great and have a very distinctive style.

KPB: Thank you! I started doing them out of sheer economic necessity. Once I made the decision to make my back catalogue available on Kindle, I needed covers and couldn’t really afford to hire anybody good to do that many of them. We were talking about 14 books, so I decided to do them myself. Turned out they were pretty good and caught the attention of other writers who needed covers and thus began a secondary career! And yes, most of the time I really enjoy doing them, though nothing can ever compete with writing.

TSR: Do you have a preference between the novel length and some of the shorter formats (short story, novella, flash fiction, etc.)? What are some of the aspects you enjoy and what are the challenges of each style of storytelling?

KPB: I don’t really have a preference. The story always dictates for me how long it needs to be and I don’t believe in making it longer or shorter to fit a certain format. I love the feeling of completing a novel because they take so long to write in comparison to a short story or novella. The sense of accomplishment is huge! And I love spending so much time getting to know the world and the characters. But I also love creepy, fast-paced short stories and novellas you can finish in one-sitting (both as a reader and a writer.)

TSR: Can you tell us how you come up with the Digital 50 program and how avenues like this or Patreon are working for writers? I’ve seen more and more writers looking for alternatives to the traditional publishing methods. Do you see this becoming the trend?

KPB: It’s definitely becoming a trend, but as I’ve never tried Patreon, I can’t really speak to its appeal, nor does it really interest me, to be honest. I don’t want readers to pay me to complete work. I just want to offer already-completed work to people who want to read it before anybody else. Digital 50 was an idea I came up with as a kind of cheaper alternative to something I had seen other authors doing with print books for years. They would charge a hefty sum for signed limited edition hardcovers and invariably never make good on the promise, either because the publisher folded or it became too hard to stay on top of it. I wanted to do something that was substantially cheaper, had no overhead, and would be easy to deliver, a kind of a Netflix model where you pay a subscription fee and get all my digital books weeks before they’re available for sale to the public. It also has the advantage of getting me feedback prior to each book’s release, which gives me time to make adjustments.

TSR: I read your latest release, Blanky, last week and was impressed with your ability to realistically capture the grief felt by the characters. The emotions were deep and heavy, it was one of the more emotion filled pieces I’ve read, and a tough read personally. Where do you go, figuratively, to draw those emotions out and put them to paper.

KPB: I’m terrified of death, but terrified more about it taking my loved ones from me, so it’s a place I go often with my fiction in a vein effort to understand it, or to come to terms with the grief I already have in my heart. For all the vampires and werewolves and serial killers, nothing scares me more than the idea of losing someone I love. It’s an ever-present fear, so I never have to reach very far to find it.

TSR: If you could choose any writer to collaborate with who would you choose and why? Is there a core group of writers you talk with on a professional level, if so who?

KPB: I’m not a big fan of collaborating. It’s just not something I’ve ever really enjoyed or been very good at. I’m too possessive and controlling of the worlds and characters I create. That said, if someone like Stephen King knocked at my door and said, “Hey, dude, let’s do a sequel to ANY OF MY BOOKS!” you know I’d give it a shot, because it’s King, right? And let’s not pretend it wouldn’t do miracles for my reputation and bank account!

I have lots of friends in the industry, but to name them here would take forever. They know who they are, and I’d inevitably forget someone and then have to apologize later. But if the question is, do I have other writers who read my work, then no, not really. Unless I’ve asked them for blurbs, I tend to hear from most of them after the work is already out there for public consumption. But of course, there are folks I gravitate to and enjoy hanging out with in person whenever the chance presents itself.

TSR: Thanks again for stopping by The Scary Reviews, Kealan! Can you tell your readers what book(s) are coming down the road and is there any update you can share about a sequel to KIN? Lastly is there anything else you’d like to let your readers know?

KPB: My pleasure! The one worth talking about right now, I think, is Blanky, which should be available for purchase by the time your readers see this. I think people will like it. There’s also a long-awaited signed, limited edition hardcover of Sour Candy coming too, complete with gnarly illustrations. Other than that, I’m working on a new novel about art and madness which is coming along nicely. As for a Kin sequel? Well, it remains half-written on my hard drive awaiting one of those months in which the inspiration to finish it is there, so we’ll just have to wait and see… 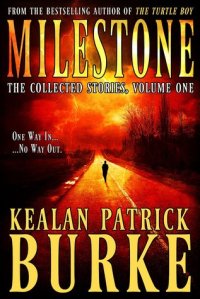